Offensive Odors In Your Home? Your Health May Be At Risk 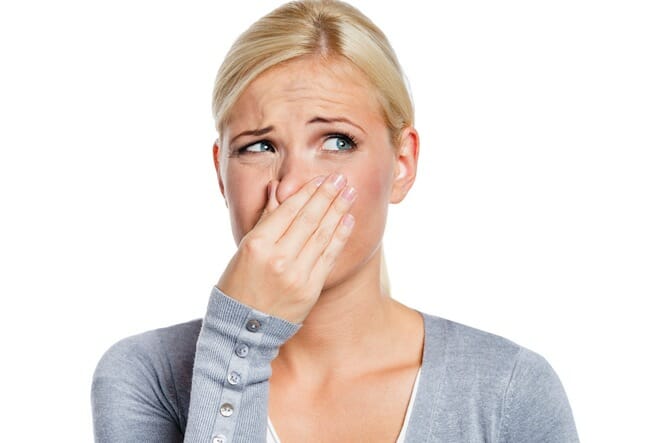 An odor is another word for a smell. When you notice an odor, that tells you that you are exposed to something in the air that triggered your sense of smell. An odor may be due to a single chemical or even a mixture of chemicals. Chemicals vary in their ability to produce odors and people vary in their ability to smell them. Smelling an odor doesn't tell how much exposure you have. It also doesn't tell you whether or not what you are smelling will cause negative health effects.

Chemicals that trigger odors may cause health effects. In most cases, people will notice an odor well below the level in air that would be detrimental to your health. Also, people are not equally sensitive to chemicals and may not be affected by them in the same way. Whether or not someone experiences health effects depends upon several factors, including the type of chemical, how concentrated the chemical is in the air, how long the exposure continues, and whether or not he/she smelling the chemical has any particular sensitivities. Health symptoms from odors usually go away quickly when the odors stop.

Odor is not a reliable way to determine the risk of health effects. For some chemicals, odors will be noticeable at low concentrations where the risk for health effects is also very low. For others, such as carbon monoxide, there is no odor at any concentration and no warning when people are exposed to dangerous levels.

In some cases, odors can be used to tell whether there is a problem that needs to be fixed. For instance, mold problems, offensive pet odors (like urine), sewage backups and gas leaks in the home can all be detected by their odor, even if they can't be seen.

Exposure to odors could result in health effects ranging from none, to mild discomfort, to more serious symptoms. Some chemicals with strong odors may cause eye, nose, throat or lung irritation. People who smell strong odors may get headaches or feel dizzy or nauseous. Strong odors may also cause some people to feel a burning sensation that leads to coughing, wheezing or other breathing problems. If an odor lasts a long time or keeps occurring, it also could affect mood, anxiety and stress level.

Bio-One can help you rid your home of odors. Serving Huntsville and all of North Alabama, Bio-One is outfitted with specialized equipment and chemicals to kill odor-causing bacteria, and to detect the root cause of the odor. Bio-One will work with you to identify the problem, fix it, and ensure a comfortable, stink-free environment inside your home.